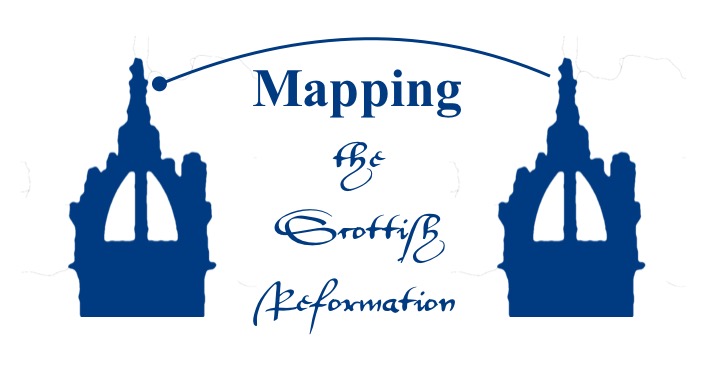 Michelle D. Brock is Associate Professor at W&L University. She received her BA from the University of Kansas and MA and PhD from the University of Texas at Austin. Her research centers on religious belief, identity, and the supernatural in early modern Scotland. Her works include Satan and the Scots: The Devil in Post-Reformation Scotland (London: Routledge, 2016) and (ed.) Knowing Demons, Knowing Spirits in the Early Modern World (London: Palgrave, 2018).

Chris R. Langley is Reader in Early Modern History at Newman University. He studied for his first two degrees at the University of Birmingham and completed his PhD at the University of Aberdeen.  He has published widely on Protestant culture and identity in early modern Britain and Ireland. His works include Worship, Civil War and Community, 1638-1660 (London: Routledge, 2015), Cultures of Care: Domestic Welfare, Discipline and the Church of Scotland, c.1600-1689 (Leiden: Brill, 2020) and (ed.) The Minutes of the Synod of Lothian and Tweeddale, 1648-1659 (Woodbridge: Boydell Press, 2016).

All participants have agreed to sit on the Advisory Board for the duration of this stage of Mapping the Scottish Reformation.

Jane E. A. Dawson is John Laing Professor Emerita of Reformation History at The University of Edinburgh’s School of Divinity. A specialist on the people and ideas of the Scottish Reformation, she is the author of many books and articles, most recently John Knox(Yale, 2015) and Scotland Re-Formed, 1488-1587(Edinburgh, 2007).

Elizabeth Ewan is Professor of History and Scottish Studies at the University of Guelph. She has written widely on gender and crime in late medieval and early modern Scotland. Her recent works include Children and Youth in Premodern Scotland(Ashgate, 2015) and The Biographical Dictionary of Scottish Women(Edinburgh, 2007).

Julian Goodare is Professor of History at the University of Edinburgh. A political historian of early modern Scotland, he has published on topics ranging from state-building to witchcraft to agriculture. His most recent works include The European Witch Hunt (Routledge, 2016) andThe Government of Scotland, 1560-1625(Oxford, 2004).

Michael F. Graham is Professor of History at the University of Akron. He specializes in the histories of religion, everyday life, and print culture in early modern Britain and northern Europe. He is the author of two books, The Blasphemies of Thomas Aikenhead (Edinburgh, 2008) and The Uses of Reform: Godly Discipline’ and Popular Behavior in Scotland and Beyond, 1560-1610 (Brill, 1996).

Tessa Spencer is the Head of Learning at the National Records of Scotland, where she is responsible for education in the archives for all ages and stages of learning from school pupils to university students to lifelong learners. She also facilitates access to the archives for higher education collaborations and partnerships. She is a member of the Archives and Records Association and the Scottish Records Association and is Honorary Treasurer of the Scottish Record Society.

Paul A. Youngman is Associate Provost, Harry E. and Mary Jayne W. Redenbaugh Professor of German, and founding Chair of the Andrew W. Mellon Foundation supported Digital Humanities Committee at W&L University. His research focuses on the German cultural reception of various technologies, and his most recent book is We are the Machine: The Computer, the Internet, and Information in Contemporary German Literature (Camden House Press, 2009).

In 2017/18, Faculty at W&L University and Newman University, Birmingham, UK, supported the work of two student researchers to work on the first feasibility study of Mapping the Scottish Reformation. We are very grateful for their assistance in helping kickstart our project.

Damian Hansford competed his MRes in History at Newman University, Birmingham. During his undergraduate studies, he realised a genuine interest in the social and religious changes that preceded the English Civil War. His MRes dissertation explored what made puritanism a choice for people from all walks of life during the early part of the seventeenth century.

Caroline Nowlin was a fourth-year student at W&L University, majoring in European History and Accounting and Business Administration. She is particularly interested in examining the role of prominent women in the Tudor family and currently working on a thesis analyzing the influence and legacy of Anne Boleyn.

In addition to our colleagues on the Advisory Board, we should like to thank the following individuals and bodies for their continuing support of our project and their expertise: